These members have chosen to create public profiles. For an expanded listing, members may login.

About Me: Lois Margolin, LLC  ~ Concierge Accountant ~ was recently born out of Lois' love for all things accounting.  After selling her international software company, Chelsea Information Systems, Inc., last year, Lois was looking for something that would make a difference.    Lois’s previous employment, KPMG Peat Marwick, reminded Lois of how much she enjoyed accounting and the puzzles that accounting creates.

Lois’ extensive work as a District Vice President with the American Business Women’s Association, KPMG and Chelsea provided Lois quite a bit of knowledge about teamwork and leadership.  Lois is now putting these skills to work on a daily basis.

In addition to Online Preseneters, Lois belongs to 2 brick and mortar clubs and was honored to be appointed as the 2015-2016 and 2016-2017 District 47 Finance Manager.   She has coached a number of clubs and is mentoring a new club.

About Me: Learn more about John M. Quick at http://johnmquick.com

About Me:   Monica Tucker is founder of Organize 2 Clean and a professional organizer who helps busy, working moms organize their lives.  Her passion comes from a desire to help others get rid of their stress and create a clutter free life.  After being hit by a racecar in 2001, Monica decided life is too short to stress out. She is member of Toastmaster’s since April 2016 and has a belief that what Toastmasters offers can benefit everyone.  Communication is a skill that improves lives and reduces stress.

About Me: Founder of Online Presenters and of the WordPress for Toastmasters project. Past President and member of Club Awesome in Coral Springs, Florida. Also former Area Governor, District Social Media Director. Outside of Toastmasters: writer, editor, and digital marketing consultant. Contributor to Forbes and author, Social Collaboration for Dummies. Formerly an editor at publications including InformationWeek, Baseline Magazine, Internet World, and WebWeek.

About Me: I have been in Toastmasters since February 2007 and I'm a current member of Sensor Toast Club and a past member of NCCI Toastmasters and Palm Beach Advanced Toastmasters. I served District 47 as a Lt. Governor Marketing, Division Governor, Area Governor, Club President, Club Vice President Education, Club Secretary, and Club Webmaster. I received the Division Governor of the Year Award in 2013 and the Division D Outstanding Toastmaster Award in 2012. I have chaired (or assisted with) numerous events including conferences, contests, workshops, club social events, and Toastmasters Leadership Institutes. I have also presented in several of these settings. I moved from Jupiter FL, and District 47, to Chicago, IL in June 2015 and remained a "virtual" member of Sensor Toast since then. I am very excited to be part of this new online club format which allows me to perfect my online presentation skills. 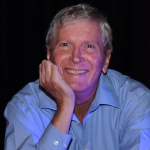 About Me: I'm Jim Barber and I've been an active member of Toastmasters International for almost 30 years, and of Online Presenters since the beginning of 2018. I've also been president -- twice -- of the Florida Speakers Association, a chapter of the National Speakers Association. I gave a TED Talk at the 2016 West Broward High TEDx, and I gave an educational program at the D47 2018 Spring Conference, comparing TED Talks and Toastmasters speeches.   I'm also the author of 18 training manuals (don't bother -- they're all out of print), and I've recently launched two podcasts, Speaker Gym (tips for strengthening your speaking skills) and Pro Speaker U (helping people move from free to fee). I also run a web-based marketing service, Finders Speakers, which provides cost-effective marketing opportunities to professional speakers and other entrepreneurs.   I live in the western suburbs of Fort Lauderdale (Florida, USA) where I'm diligently (and largely unsuccessfully) learning to play the didgeridoo. 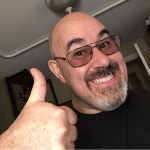 About Me: Brian David Crawford, also known as BDC, is a Data Infrastructure Consultant for Cigna. Originally from Oakland, CA, BDC was a student athlete at San Francisco State University earning his Bachelor of Arts in Radio and Television. He also earned a Graduate Certificate in Marketing from the University of California, Berkeley. BDC has lived in the greater Springfield Massachusetts area since 2008.

About Me: As a professional speaker and educator of supply chain management and leadership, online presentations are key to the future. With Toastmasters, I am the International Director, Region 6; I've earned three DTMs; Online Presenters is my third Advanced Club.  I love the learning opportunities!

We are part of Toastmasters International